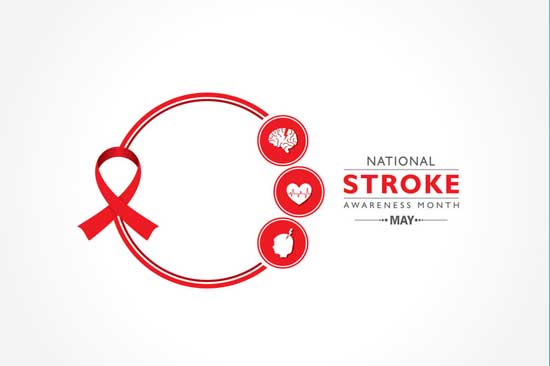 When You Have a Stroke, Every Second Counts

In February, the American Heart Association reported that strokes are on the rise for young people. Coupling that with the recent news that the model Hailey Bieber had stroke-like symptoms, Family HealthCare Associates thought it was a good time to recognize “National Stroke Awareness Month” by educating our patients on a medical emergency that affects 17 million people worldwide (per year), and is the 5th leading cause of death in the United States. Knowing that one in six Americans will have a stroke at some point in their lifetimes, it’s important to understand why strokes occur, and how to spot the warning signs.

What Are The Risk Factors For Having A Stroke?

People who suffer from high blood pressure, diabetes, heart disease, obesity, and high cholesterol are at risk of having a stroke, according to Johns Hopkins University. Even though stroke risk increases with age, more young Americans (ages 49 and under) are having strokes, especially in the South and Midwest.

What are the Most Common Type Of Strokes?

Ischemic strokes— In 2019, there were 460,000 strokes in the U.S.; two-thirds of them were ischemic strokes. They occur whenever the blood supply to the brain is interrupted, preventing brain tissue from getting enough oxygen. Common symptoms include severe headache, confusion, numbness in the face, arm, or leg, and trouble seeing, or walking.

Hemorrhagic strokes – These occur when an artery in the brain ruptures or leaks blood, which can damage brain cells.  High blood pressure and aneurysms can cause these strokes, according to the CDC.

Mini-Strokes—When people use the term ministroke, what they’re referring to is a “transient ischemic attack,” or TIA. It’s a brief interruption of blood flow to the brain, spinal cord, or retina. They cause temporary stroke-like symptoms, but do not cause permanent disability—and because they last only a few minutes, they’re often dismissed. But a mini-stroke is often a warning sign, as about 1 in 3 people who have a mini-stroke go on to experience another stroke.

Silent Strokes—There are no warning signs before a silent stroke. They occur when a blood vessel blockage in the brain causes cells to die. They are more common for older people, smokers, or people who have a history of vascular disease. Symptoms include headache, nausea, vomiting, vertigo, one-sided arm or leg weakness, slurred speech, and vision problems.

Can You Spot a Stroke? Think FAST

If you think you (or someone you love) may be having a stroke, pay particular attention to the time the symptoms begin as 1.9 million brain cells die every minute a stroke goes untreated. We also suggest you follow these steps to spot a stroke, and act fast.

Every second truly counts when it comes to treating a stroke as taking early action can greatly reduce brain damage. The good news is fewer Americans are dying of stroke now than in the past, so Family HealthCare Associates hope you will stay diligent and dial 9-1-1 at any sign of a stroke, and follow your doctor’s advice if you (or someone you love) are recovering from one.